The Multiple True Selves Sapiens Are 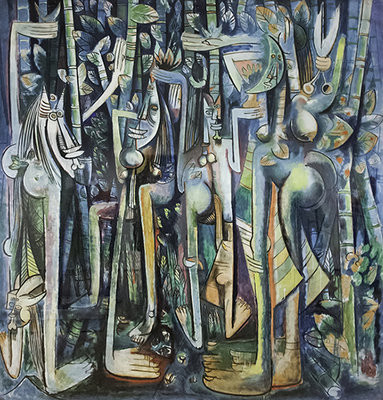 Decision Dilemma: Haunted by Decision Options, should sapiens be true to thine multiple true selves or to the one true self they think they are?

To thine self be true is part of a speech by Polonius to his son, who is in a hurry to get on the next boat to Paris. He advises him to stay away from debt, enjoy financial well-being and 'not to be false to any man.' The father educates his son to take care of himself first, and that way he will be in a position to take care of others. Given the context of the play, most literature scholars opined that Shakespeare's ‘true’ here meant 'beneficial.'

The modern era has projected a totally different - and often misleading - meaning of the phrase 'to thine self be true.' Sapiens frequently use it to signify truth, authenticity, self-ownership, and even individuality. Leaders use it frequently to preach subordinates about honesty. Corporate firms misuse - or abuse - this phrase to signal adherence to the firms' standards over anything else. Characters like Hamlet and Macbeth, on the other hand, did not have 'one true self' they had to be 'true' to. They had distinct selves that differed throughout their respective roles.

Haunted by Our Decision Options, HoDo sapiens usually decide to stick to the one self they know and feel uncomfortable deviating form the schema they perceive themselves to be. The self, defined as 'us' as the object of our own consciousness, is the foundation of 'true self.' It is, hence, limited by our self concept and the ideas for which the 'self' holds true. Rather than exploring the multiple selves sapiens do not know, they default to shortcuts and fixed patterns that fit our perception and others' perception of ourselves. Any deviation would risk ourselves being perceived as non-authentic. To thine one self be true is simpler to adopt - and less mentally tasking - than 'to thine multiple true selves be true.' Is it not?

What if thine self is blunt or insensitive? Does this self have an excuse not to grow and improve because it is the one true self they know of? Is doing what feels 'natural' to that one self an irrational decision, especially when they move into a new relationship, job or career face new challenges? How many times are sapiens given the cliché advice 'be yourself?' If the self is naturally blunt, should it remain the blunt self, hurt someone with its colorful words, or jeopardize its chances passing an interview? And how about the many situations in which sapiens required changing themselves, so they could adapt? Should they stick to the same one true self they are aware of - out of fear that they won't be perceived as 'true to thine self'? Or should they explore the multiple true selves that they are? Is it a decision between a disingenuous but adaptive self versus a true but rigid self?

The idea of multiple selves might be relatively new to economists, management leaders and business men/women. It is anything but novel in psychology. Carl Jung, one of the most influential psychologists in the early 1900's thought of the self as "the many contains the unity of the one without losing the possibilities of the many." William James, considered by many as the father of American psychology, argued “a man has as many social selves as there are individuals who recognize him and carry an image of him in their mind.” On this note, one can't deny being surprised about the attention the authenticity paradox model received in business management. Adaptive leadership seems synonymous to psychology's ideology of embracing the multiple selves.

Irrational as they are, sapiens take mental shortcut to simplify themselves as a single, one self that is focused on utility maximization at a minimal cost. The rational choice theory about the mythical species, Homo economicus, proved anything but fully accurate. This singular hypothetical construct of a single rationale self can not explain sapiens inconsistencies, contradictions and biases in decision making choices. The multiple self model, popularized in the 2000's economics literature, suggested multiple sub-personal selves that interact and reach an equilibrium to make a decision. This mathematical model, among others, tried to explain sapiens irrational choice behavior as an aggregate decision of the many selves that they have and their contradictory objectives.

HoDo sapiens, unsurprisingly, apply double standards to the concept of multiple selves when it comes to themselves versus the organizations that they belong to. They praise organizations with 'agile' and 'adaptive' identities. They admire these organizations' ability to grow, re-brand and transform in response to the changing eco-system. Yet, they label their fellow sapiens' multiple selves as untrue and fake, through their perception of the one authentic self.

The multiple authentic selves are not to confused with unauthentic or fake selves; fellow sapiens unconsciously recognize sham behavior and will call it out as a non-authentic self. It is also not to be mistaken for dissociative identity disorder (formerly, multiple personality disorder) where the presence of two or more distinct self states is accompanied by the inability to recall personal information, beyond what is expected through normal forgetfulness. And certainly it is not an invitation to 'fake it to make it.' Putting a fake mask on the one self that sapiens believe they have is anything but embracing the multiple authentic ones that they are. Our species developed an uncanny ability to spot those who try to 'fit in' but never truly 'belong.' Sapiens all know the many who cheer for diversity/women rights/equality events and never truly embrace any. Basking in the reflected glory without a true belonging is not one of the multiple selves that we are; these are 'borrowed' selves. As one writer described it; 'it is like being a man in the women lingerie department: you know - and everyone around you also knows - that you don't belong there.'

Successful HoDo sapiens decide to explore and embrace multiple selves, all of them are true. A sport champion enjoys a true 'humble self' outside the court and a true 'competitive aggressive self' on the court. Gates and Bloomberg, among many others, have a true business and a true philanthropist selves, two seemingly contradictory selves. They, among many others like them, embrace both their self-interest and altruistic selves. They are not rigid and unchanging. They are not shy to be the multiple true selves they are.

Haunted by Our Decision Options?