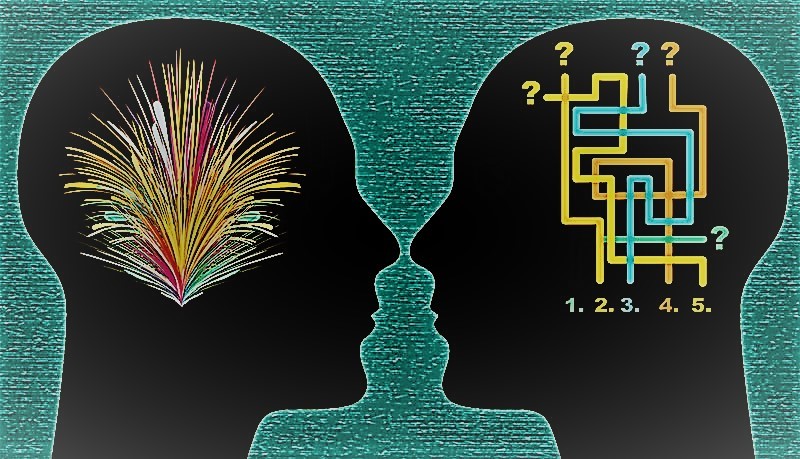 "What a piece of work is a man! how noble in reason! how infinite in faculty! in form and moving how express and admirable! in action how like an angel! in apprehension how like a god! The beauty of the world, the paragon of animals."

April 23, 2019 marks Shakespeare's 455th birthday. I am one of the millions whose thinking has been infused with Shakespeare's sensible observation of human nature. His astute dissection of human's motivations remains unparalleled. In addition, his remarkable analysis of the tug of war between the rationale, wise self and less-rational animalistic self influenced generations of psychologists.

Reading his quote from Hamlet, I - naively - thought that Shakespeare viewed humans as unique creature with exceptional reasoning capabilities. It might not be sensible to disagree with King Shakespeare on his birthday; yet, every time I read this quote, I can not prevent myself from wondering whether this genius was serious about "...noble in reason?" His admiration for our species reasoning did not seem to be congruent with most of the characters in his plays, or with his portrait of human fallibility. His characters suggest, for the most part, that humans are humble in reason, limited in faculty and imperfect in apprehension.

Could it be that Shakespeare was cynical about human rationality and indecisiveness, the same way Hamlet was about life in this scene of the play?

Two centuries after Shakespeare's birth year, Carl Linnaeus named our species Homo Sapiens, Latin for "Wise man." His choice of our species' name was not accidental. We are truly "wiser" than all other species that lived before us. We controlled our environment in ways that no other species could - or probably ever would. Yet, we are astoundingly fallible in making wise, rationale decisions based on logical thinking - referred to by behavioral economists as "Thinking System 2." If anything, our species resembles many others in heavily relying on intuition and gut feelings in making decisions, especially in complex situations - the so-called "Thinking System 1." Expertise and intelligence did not act as a preventative antidote against humanities intuition-based decisions. How else can we explain the fact that more than 40% of CEOs say they make decisions based on intuition, despite having access to piles of high-quality data?

Fast forwarding to our time, decision making psychology and behavioral economics research support Shakespeare's portrayal of human irrationality in his plays. Humans have a systematic tendency to deviate from rationality in judgment. We create our own reality based on our perception and intuitions. And we shamelessly rely on mental shortcuts to reach quick decisions.

This makes me think, if Mr. Linnaeus had a chance to read the decision-making psychology literature about our systematic biases, would he have named our species "wise man"? Would he have chosen "Homo Intuitio," Latin for intuition or even "Homo Viscera affectum", Latin for gut feeling? He would not have been far from the truth if he did. The perceptions driving human decisions usually stem from intuitions about the external environment. As an intelligent species, we are creative "rationalists;" we know how to convince ourselves of whatever we want to believe in.

Mr. Linnaeus may have agreed with me and given our species a cynical name: "HoDo Sapiens", short for Haunted by Our Decision Options. We deserve to keep the Sapiens part; we are the "wisest" living species that Linnaeus envisioned. Yet, we are also crippled by the opportunity cost; we developed mental shortcuts to help us make quick decisions from a long menu of options. This is especially relevant to the modern human situation; humans suffer from choice abundance more than ever in history. We are expected to make agile decisions in the uncertain and the unpredictable world we live in.

Over the next few articles, I will focus on the fascinating ways HoDo Sapiens view options and make conclusions - and I will argue that the dichotomous "System 1/Intuition and System 2/logical thinking" is an oversimplification of the thinking and decision-making systems. It seems that Shakespere might have understood what the recent behavioral economists and psychologist taught us many centuries later; our rationality as a species is overrated!

HoDo sapiens, unsurprisingly, apply double standards to the concept of multiple selves when it comes to themselves versus the organizations that they belong to. They praise organizations with 'agile' and 'adaptive' identities. They admire these organizations' ability to grow, re-brand and transform in response to the changing eco-system. Yet, they label their fellow sapiens' multiple selves as untrue and fake, through their perception of the one authentic self.

This article and the following ones are based on the great research done in the field of cognitive psychology, decision making and behavioral economics.

The Multiple Selves Sapiens Are